Report For The ICT4D Conference

Simplifi Networks was contracted by Catholic Relief Services (CRS), the organisers of the ICT4D Conference to provide a wireless network to cover key locations:

ICT4D has very little data from previous shows so device count and inherent network topology were based off user attendance.

Simplifi Networks was advised to design the network to accommodate 1,000 users with 2,000 simultaneous devices.

Each morning of the conference there is a large panel meeting in Speke Ballroom which can seat ~850 people. This was expected to be the highest concentration of users at any given time.

A site survey was done with Speke Resort’s ICT team. From the survey, it was identified that coverage in the Commonwealth area would not be possible to provide due to restrictions on cable runs and physical access to the rooms.

The ISP for the Conference, Airtel, provided the internet uplink into Speke’s Network Operations Center (NOC), 200 Mbps up and down.

Simplifi’s core router would be situated in the NOC for a direct fiber connection to Airtel’s CPE.

From the router, Gigabit fiber was run to two hub locations; the registration area and a storage room below Speke Ballroom (‘breakout room’)

2 core fiber was installed following existing containment routes. The fiber links between devices was terminated using SC UPC connectors, BiDirectional SFPs were installed so a single core for transmission was used with the second core left dark in case of a change of requirements.

From the registration area, additional fiber was run directly into Victoria Ballroom.

From the breakout room, 3 additional connections were installed: 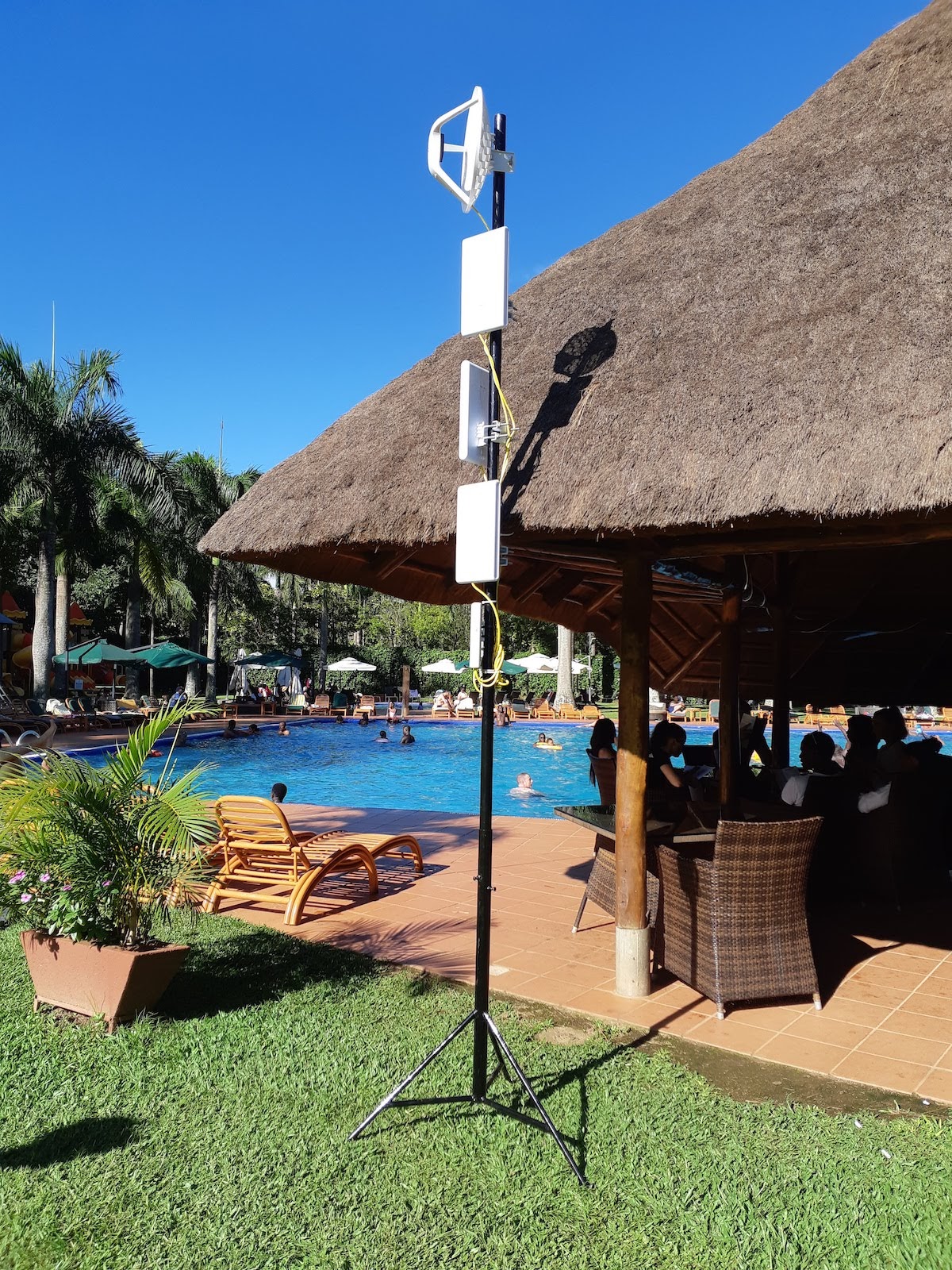 The users SSID was throttled to 1.5Mbps down and 1Mbps up per device on the first day. This was incrementally increased through the conference to 2.5Mbps, 3.5Mbps and finally 5Mbps as we could see total bandwidth usage.

The staff SSID was throttled to 10Mbps down & up throughout the duration.

By using Ubiquiti UniFi switches throughout for the wireless network, the UniFi Controller, installed on a Cloud Key Gen2+ could manage all APs (and UniFi switches).

All UniFi access points provide both 2.4Ghz and 5Ghz broadcast and were set to prefer 5Ghz where the client was capable. Because of Speke Resorts existing wireless network in situ, 2.4Ghz suffered more interference from channel congestion.

Collaboration with Speke Resort’s ICT team allowed us to power down or turn off certain access points in key locations that were causing interference.