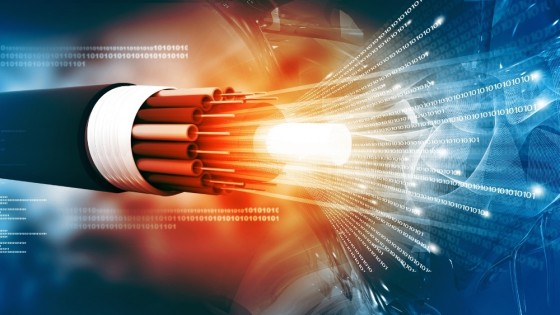 The basics of PON, EPON & GPON

There are a few words and abbreviations you should be familiar with in order to better understand fiber optics. Before we get into detail about each form of passive optical network (EPON, and GPON) here they are:

Your Internet service provider's (ISP) equipment that operates as the endpoint of a PON and your ISP's core network is known as an OLT device. The purpose of an OLT in a PON system is to regulate, convert signals, and coordinate fiber optic service (FiOS).

The endpoint at your location is an ONT device. The goal of an ONT is similar to that of a modem, however it is specific to fiber. Within a PON system, it communicates with your ISP via a fiber optical line.

The terms ONT and ONU are frequently interchanged, and both are end-user devices.

Within a PON network, both OLT and ONT devices are required. They terminate at each end of the connection, one at your house or business (ONT/ONU) and the other at your ISP (OLT).

The term PON refers to a passive optical network. It is the network system that delivers broadband Internet access by carrying optical fiber cabling and communications from an ISP to the end user. A PON system can terminate in a variety of locations, including a subscriber's home, an office building, or a neighborhood "curb" or shared point. These terminations are described as follows:

A PON system is made up of an OLT and ONT and is considered passive because it is a point-to-multi-endpoint system served by unpowered splitters. The typical PON arrangement is a point to multi-point network where a central OLT at the service provider’s facility distributes internet service to as many as 16 to 128 customers per fiber line.

Signals are distributed to users through optical splitters. The PON is terminated at the customer's residence by an ONU. The ONU frequently communicates with an ONT, which is a separate unit that links the PON to televisions, phones, computers, and wireless routers. The ONU/ONT could be the same device.

That is the basic structure of a PON system. However, there are different types of passive optical networks. Two of which are EPON and GPON. The fundamental distinction between types of PON comes from how they transmit data.

EPON is a point-to-multipoint technology that delivers 1 Gbps upstream and downstream in FTTH and FTTP networks.

When connecting to Ethernet-based networks on both ends, EPON is fully interoperable with other Ethernet standards, hence no conversion or encapsulation is required. With a payload of up to 1518 bytes, the same Ethernet frame is used. EPON does not employ the CSMA/CD access technique found in other Ethernet versions. No protocol conversion is required because Ethernet is the primary networking technology used in local-area networks and increasingly metro-area networks.

A 10-Gbit/s Ethernet version, labeled 802.3av, is also available. 10.3125 Gbits/s is the actual line rate. The primary mode is 10 Gbits/s upstream as well as downstream. In one variant, 10 Gbits/s downstream and 1 Gbits/s upstream are used. Because the 10-Gbit/s systems employ different optical wavelengths on the fiber, 1575 to 1580 nm downstream and 1260 to 1280 nm upstream, they can be wavelength multiplexed on the same fiber as a normal 1-Gbit/s system.

GPON stands for Gigabit Ethernet Passive Optical Network. Internet, telephony, and video services are all available via GPON. The difference is that GPON employs voice over ATM, data over Ethernet, and voice via proprietary encapsulation.

GPON is a point-to-multipoint technology that can deliver data rates of up to 2.5 Gbps upstream and downstream in FTTH and FTTP networks. Because GPON is more efficient than EPON, it is the new-generation standard.

While each ONU receives the entire downstream rate of 2.488 Gbits/s, GPON allocates a specific time slot to each user using a time division multiple access (TDMA) protocol. This divides the bandwidth into fractions, such as 100 Mbits/s, for each user, depending on how the service provider distributes it.

Because the upstream rate is shared with other ONUs in a TDMA architecture, it is less than the maximum. Each subscriber's distance and time delay are determined by the OLT. After that, software assigns time slots to upstream data for each user.

As for data format, the GPON packets can handle ATM packets directly. Other protocols are also carried by GPON using a general encapsulation approach. Ethernet, IP, TCP, UDP, T1/E1, video, VoIP, and other protocols can be encapsulated as needed by the data transport. The smallest packet size is 53 bytes, and the largest is 1518 bytes. AES encryption is used downstream.

PONs are used by telecommunications providers to provide subscribers with triple-play services such as TV, VoIP phone, and Internet. Higher data rates, which are necessary for video distribution and other Internet services, are a big plus. Passive components are inexpensive, resulting in simpler systems with fewer components that fail or require maintenance. View our fiber and GPON selection here.