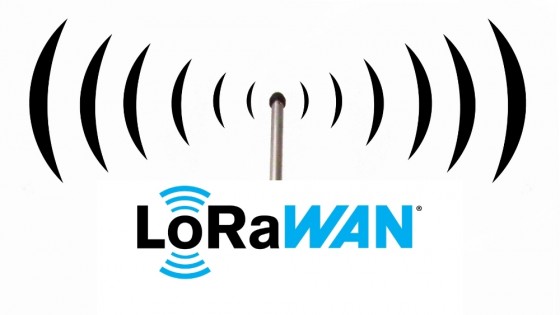 What are LoRa and LoRaWAN?

LoRa is a proprietary wireless RF technology owned by Semtech, which is also one of the driving factors behind the LoRa Alliance, which develops the open LoRaWAN protocol and ecosystem.

LoRa and LoraWAN are Non-Cellular Low-Power Wide-Area Network (LPWAN) wireless communication network protocols that operate in the unlicensed spectrum with others like Sigfox, Ingenu, and others.

LoRa is a non-cellular, low-power wireless modulation system based on Chirp Spread Spectrum (CSS) technology. It's a proprietary method developed by Semtech that uses chirp pulses to encode information on radio waves, similar to how dolphins and bats communicate.

LoRa modulated transmission is robust against disturbances and can be received across long distances. It's perfect for applications that send little data chunks at low bit rates. When compared to WiFi, Bluetooth, or ZigBee, data can be sent over a greater distance. These characteristics make LoRa an excellent choice for low-power sensors and actuators.

LoRaWAN is a Media Access Control (MAC) layer protocol built on top of LoRa modulation. It is a software layer which defines how devices use the LoRa hardware, for example when they transmit, and the format of messages. LoRaWAN is developed and maintained by the LoRa Alliance.

In the IoT market, there is a lot of work comparing LPWAN possibilities from both a technical and a business model standpoint. The questions that should be answered to compare different LPWAN technologies are:

• Flexibility to target a large variety of applications

• Is the communication protocol secure?

• Availability of end-products to ensure ROI of network deployment

• Strength of ecosystem to ensure quality and longevity of the solution

What is LoRaWAN® Specification?

The LoRaWAN® specification is an LPWA networking protocol that targets key Internet of Things (IoT) requirements like bi-directional communication, end-to-end security, mobility, and localization services, and is designed to wirelessly connect battery-powered ‘things' to the internet in regional, national, or global networks.

Radio systems like LoRaWAN are straightforward at their most basic level. Star networks communicate in a similar fashion to a teacher and pupils in a classroom. The teacher (the gateway) communicates with the end nodes (the class), and vice versa.

Consider the following scenario: you have four gateways and one node. The node sends a blind transmission into the radio spectrum, and any gateway lucky enough to hear it can intercept it and send it up to the cloud. It’s possible that all four gateways might hear that message and send it.

There is no acknowledgement of receipt once a message has been delivered. Nodes in the LoRaWAN network, on the other hand, can request acknowledgements. If acknowledgement is needed and all four gateways receive the same message, the cloud selects one to react at a predetermined time, generally a few seconds later.

The issue is that when that gateway is transmitting back to the node, it ceases to listen to anything else. If your application requires a large number of acknowledgements, it will almost certainly spend more time transmitting acknowledgements than listening, resulting in a network failure.

The graphic above depicts how LoRaWAN works. The top bar displays whether or not the gateway is communicating. (It's transmitting if it's orange; it's not if it's blue.) The receiver channels are shown in the bottom bar. Almost all LPWAN systems, including LoRaWAN, offer multiple receiver channels, and most LoRaWAN systems may receive up to eight messages at the same time across any number of frequency channels.

Gateways transport communications between end-devices and a central network server in the LoRaWAN® network architecture, which is implemented in a star topology. The gateways connect to the network server via regular IP connections and function as a transparent bridge, transforming RF packets to IP packets and vice versa.

The wireless communication makes use of the LoRa physical layer's Long Range capabilities, allowing for a single-hop connection between the end-device and one or more gateways. All modes can communicate in both directions, and multicast addressing groups can be used to make optimal use of spectrum for tasks like Firmware Over-The-Air (FOTA) updates or other mass distribution messages.

LoRaWAN has three different classes of end-point devices to address the different needs reflected in the wide range of applications:

Class A communication is always initiated by the end-device and is entirely asynchronous. It is the default class that must be supported by all LoRaWAN end-devices. Each uplink transmission can be delivered at any time and is followed by two short downlink windows, allowing for bi-directional communication and, if necessary, network control commands.

There is no network requirement for frequent wake-ups, thus the end-device can enter low-power sleep mode for as long as its own application specifies. This makes class A the most energy-efficient operating mode while yet allowing for uplink connectivity at any moment.

Class B devices are synchronized to the network using periodic beacons and open downlink "ping slots" at predetermined periods in addition to the class A initiated receive windows. This allows the network to send downlink messages with a deterministic latency, but it comes at the cost of increased power consumption in the end-device. The delay may be adjusted up to 128 seconds to suit different applications, and the increased power consumption is modest enough that battery-powered applications can still be used.

Class C minimizes downlink latency by having the receiver of the end-device open at all times when the device is not broadcasting, in addition to the class A structure of uplink followed by two downlink windows (half duplex). The network server can then launch a downlink transmission at any moment, if the end-device receiver is open and there is no latency. The receiver's power drain is the trade-off, hence class C is best for applications that have continuous power.

For battery powered devices, temporary mode switching between classes A & C is possible, and is useful for intermittent tasks such as firmware over-the-air updates.

LoRa operates by shifting an RF tone around in a relatively linear manner over time. The chirps are represented in this graph as a reverse waterfall, with the most recent data at the top, referred to as a "up chirp". To encode a symbol, LoRa transmits a chirp, then breaks the chirps in different places in terms of time and frequency. The fact that LoRa broadcasts move from one location to another at a specific period could indicate that one bit string is superior to another. It's not just binary — you can send a lot of information with it.

Security is a primary concern for any mass IoT deployment and the LoRaWAN® specification defines two layers of cryptography:

To ensure authentication and integrity of packets to the network server, as well as end-to-end encryption to the application server, AES algorithms are utilized. By providing these two tiers, ‘multi-tenant' shared networks can be implemented without the network operator having access to the users' payload data.

The keys can be Activated By Personalisation (ABP) on the production line or during commissioning, or they can be activated in the field via Over-The-Air Activation (OTAA). If necessary, OTAA permits devices to be re-keyed.

LoRaWAN works well for some applications, but it’s not the best fit for customer-deployed (also known as private network) solutions. The main reasons for that are:

The coexistence of multiple gateways allows for interference.

All LoRaWAN gateways are tuned to the same frequencies, regardless of who owns or operates them. To avoid collision difficulties, it is preferable to have only one network running in a single area.

However, it is possible to work through the LoRa Alliance to have specific channels set aside for specific uses. Network operators can also limit the amount of downlink traffic in their networks from the server side to ensure that low-priority endpoints don't "clog" the network.

It does not guarantee message receipt.

Packet error rates (PER) of more than 50% are frequent in LoRaWAN. This is fine for some meter-reading applications, but 0 percent PER is required for industrial or business sensor networks or control systems.

It has a variable maximum transmission unit (MTU) payload size.

Another significant drawback of LoRaWAN is that the MTU payload size varies depending on the spreading factor assigned to the node by the network. In other words, the number of bytes you can broadcast is little if you're far away from the gateway, but it's significantly larger if you're close. As a result, changes in the payload side at the application layer must be accommodated by the node firmware or application, which is extremely difficult to do when designing firmware.

Why is LoRaWAN so awesome?

Ultra low power - LoRaWAN end devices are optimized to operate in low power mode and can last up to 10 years on a single coin cell battery.

Long range - LoRaWAN gateways can transmit and receive signals over a distance of over 10 kilometers in rural areas and up to 3 kilometers in dense urban areas.

Geolocation - A LoRaWAN network can determine the location of end devices using triangulation without the need for GPS. A LoRa end device can be located if at least three gateways pick up its signal.

Firmware updates over the air - You can remotely update firmware (applications and the LoRaWAN stack) for a single end device or group of end devices.

Roaming - LoRaWAN end devices can perform seamless handovers from one network to another.

Here are a few great LoRaWAN use cases provided by Semtech, to give you some insight into how LoRaWAN can be applied: